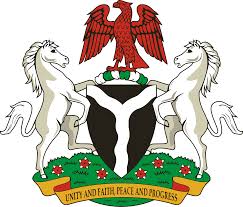 The recent judgment of the Supreme Court, which dismissed all the cases challenging the polls of some governors, including those that had earlier been overturned by two lower courts by the chief Justice, Mahmud Mohammed and his committee is a show of shame and incompetence in our legal system.

It is completely unjustifiable, unacceptable in such cases where Nigerians and the international community were living witnesses to the conduct of the polls in the states where these election petitions emanated and the conclusions were that the elections were terribly mismanaged and marred by violence and malpractices.

The Supreme court in Nigeria is the final point and the last hope of man when it comes to electoral matters. From the recent developments, after a careful study of the electoral misdeeds and findings as well as judgements of the two separate courts, Tribunal and Appeal, it was glaring that the supreme court is made up of biased judges. It is a disappointing and barbaric in a situation in a country where electoral malpractice is a major problem.

According to them, rigging, political thuggery, brigandary, ballot box snatching and violence are all acceptable methods of winning elections in Nigeria. They just set a part to evil, by all indications and according to them, there is really no need approaching the court to solve your legal problems, you may just consider taking care of things yourselves.

The apex court of the land has succeeded in setting a bad record in the Nigerian electoral system as well as encouraging the people to take laws into their hands during electioneering period. No wonder elections in Nigeria can never be free and fair. No wonder, politics in Nigeria is a do or die affair. No wonder our leaders can never do well since the supreme court will affirm their rigged election.

In the case of Abia state, the judgement was a pure foul-play and an indication that the Supreme Court careless of the survival of our democracy and as such become an agent of anarchy. Does it mean that the tribunal and appeal court judges don’t understand electoral laws?, Or is it their aim to make sure this country remains backward? It means you can rig an election by all means and get the supreme court’s affirmation.

In all fairness, the apex court’s judgments were strange, barbaric and a rape to Nigeria’s democracy and fair play. Every competent and unbiased judge could not totally upturn the judgements given by the Court of Appeal in the cases of Abia, Taraba states and the election petitions tribunal with respect to the Akwa Ibom election not to even talk more of Rivers state where the same supreme court affirmed the governorship election despite contrary findings by the tribunal and appeal courts.

My fear today is that the Supreme Court’s judgment has set a pace for political unrest, rigging, ballot box snatching, killing and all sort of political malpractices in Nigeria and as a concerned citizen of Nigeria, it is in my opinion that the apex court judgements was anti-human, anti-democratic, anti-free and fair, anti-due process and anti-development.

The big question is that, how can they defend themselves citing the unbiased judgements on the cases of Governor Adams Oshiomhole of Edo State, Governor Olusegun Mimiko of Ondo, Governor Rauf Aregbesola of Osun and former Governor Kayode Fayemi of Ekiti, who became governors by an order of the Court of Appeal at the time when the biased Supreme Court had yet to have jurisdiction over governorship election appeal cases.

Infact, these unparallel judgements is a shame and an introduction of a new electoral law in Nigeria. I weep for my dear country as the last hope of man has joined the oppressor to inflict more injury on the oppressed.

I am Jomo Iroha, a public affairs analyst and also a writer with City watch magazine, premier times, skytrend news, the brief and Nigerian Infopedia. I am an activist with an eye for justice.
← Previous Post
Next Post →